People frequently use nested IF functions in Microsoft Excel to solve tiered commission calculations. In these situations, sales up to a certain amount earn a base commission. Once the revenue exceeds a certain amount, the commission percentage changes. The vice president of sales will often invent several different tiers for the commission plan, requiring multiple IF statements to be nested together as shown in the following figure: 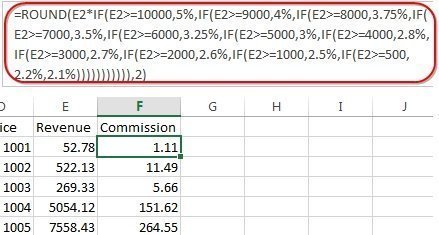 But just because you can nest more than seven functions does not mean you should. At some point, it makes sense to replace the entire set of nested IF statements with a special version of the VLOOKUP function.

To start, build a table that shows the commission rate for each level. Arrange the levels from the smallest sales amount to the largest, as shown in this figure:

This next step is optional, but your formula will be simpler if you create a name for the lookup table.

To do this, select the numbers in your table (excluding the headings). The Name Box is to the left of the formula bar. Click in the Name Box and type a one-word name, such as "Rates." When you press Enter, Excel will refer to this range as Rates. It is far easier to type Rates in a formula instead of 'Lookup Tables'!A2:B14. 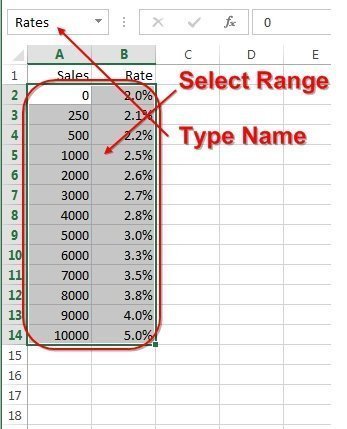 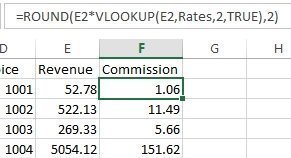 Bill Jelen, aka MrExcel, has been a Microsoft Excel consultant for over 25 years. Read more of his expert Excel tips and tricks at his website, MrExcel.com.