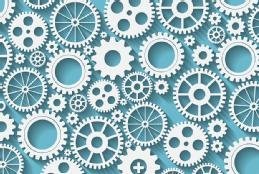 Users face risks on their path to ERP as SaaS

Let's be honest about SaaS ERP. Cloud-based systems help a vendor's bottom line by providing a recurring revenue stream and high-fives from financial analysts. They also reduce the risk of users opting for third-party maintenance and support.

For users, there are considerable costs, risks and business challenges involved with moving an on-premises system to SaaS-based ERP. This procedure often requires hiring a system integrator and the re-engineering of business processes. The bigger the project, the greater the risks of cost overruns and courtroom battles. And SaaS ERP isn't necessarily less costly to operate than on-premises systems.

Is it any wonder then that some firms will delay a cloud migration as long as possible?

Vendors argue that SaaS-based ERP platforms have major advantages because the systems can be patched and updated with new features and functionality. Cloud-based systems have access to vast amounts of data and advanced algorithms, which can improve business decision-making, automation and productivity.

For now, SaaS ERP isn't always an either-or decision. Users can adopt some cloud-based functionality that integrates with on-premises systems. But vendors have a leash on their customers; it's called support.

Vendors say they can't afford to support both on-premises and cloud systems. Therefore, on-premises support eventually will come to an end. Yet vendors worry that users may switch providers as part of a SaaS-ERP migration, so they will promise support to "at least" a certain date and keep users guessing about deadlines and extensions.

Nevertheless, the future is clear: Adoption of SaaS-based ERP is inevitable. The only question is the timeline. This handbook explains the many advantages of cloud-based ERP for users considering moving their operations from the premises to the cloud.

E-Handbook: Key factors to consider before moving to SaaS-based ERP

Users face risks on their path to ERP as SaaS

Cloud benefits extend way beyond IT infrastructure and labor costs. SaaS may be where ERP is ultimately headed, but it's not all upside, and halfway measures may be best.

The case has expanded beyond the upfront savings of SaaS' early days to encompass quicker, cheaper tech upgrades and new lines of business not otherwise possible.

Experts suggest the true value of ERP as SaaS derives not from the early savings but from being able to use a more modern, adaptive and secure platform in the long run.

SaaS apps can strengthen areas where ERP is weak, but to ensure the combo adds value, both sides must communicate seamlessly at the business-process, messaging and data levels.