In the world of software-as-a-service ERP, as in life, perception is not always reality. That seems to be especially true of the belief that upgrades of SaaS-based ERP systems are performed automatically by the vendors.

"There's a perception that upgrade notifications will come and it will be more like an automatic upgrade and companies only need to click yes or no," said Suranjan Chatterjee, head of the Oracle Center of Excellence and Cloud Services at Tata Consultancy Services, which is based in Kolkata, India. "I'm afraid this is not the case."

In fact, upgrades of SaaS-based ERP systems are far from automatic, and performing one takes a good amount of time and effort, he said.

John Appleby, U.S. general manager at London-based SAP consultancy Bluefin Solutions, agreed with Chatterjee. "The SaaS dream is timeless software -- software that magically, automatically updates," he said. "The real question is, 'To what extent does that magical dream exist?'"

The answer is that it really varies, Appleby said.

"If you take the true SaaS products like Salesforce and SuccessFactors -- they do a pretty good job of that," he said. "I'm a SuccessFactors user, and I know when I log in it says, 'The spring 2016 package is available, would you like to upgrade to it?'"

The fact that the vendor even asked that question means "we've stepped away from that wonderful thought process that it already updated itself," Appleby said. Customers have to choose when to implement the functionality. They're elective upgrades, he said.

In general, vendors upgrade their systems once, twice or even several times a year, Chatterjee said. For example, Salesforce will upgrade its system two or three times annually, while Oracle, Workday and NetSuite each come out with a version about every nine months.

And companies considering SaaS-based ERP don't have as much control over the updates, so they can't always hold off on vendors' upgrades, said Adam Boyce, manager of IT strategy at Denver-based Panorama Consulting Solutions.

"SaaS providers more than likely control the updates, so they'll typically implement them on the schedule they want," Boyce said. "And they may or may not give you advance notification, although they are trying to be more sensitive to that."

Typically, an upgrade of SaaS-based ERP can take about four or six weeks, although a very complex upgrade can take around three months, Chatterjee said, usually because integration work is required. For instance, a company could be running an Oracle HCM Cloud and it's not integrated with payroll or some other system that is either on premises or on somebody else's cloud, according to Chatterjee.

"These integrations need to be retested, and they need to be validated once again with the version," he said. "These activities take a good amount of time."

Appleby concurred, saying that each time a company wants to upgrade, it will have to do a round of regression testing, manual implementation and testing of each SaaS tenant.

Providers of SaaS-based ERP usually give customers two to three months to upgrade, according to Chatterjee. If companies are running the same software on private clouds, they have more time, he said, and may be allowed to run two versions behind. But on a public cloud, a customer can run one version behind for three or four months -- six at most.

"One of Tata's customers has been running for more than a year on the same product without upgrading on a private cloud," Chatterjee said. "He's been allowed to run that and he's getting support," he said. "But what we have seen is that the support level gradually reduces in terms of responsiveness because the sole focus of the vendor's support team moves to the latest version."

There's a lot of variety in upgrades of SaaS-based ERP, and that variety has to do with how much work the vendor does upfront in its architecture to make upgrades seamless, said Vijay Ramakrishnan, director of product marketing for Intacct Corp., a provider of cloud ERP software that is based in San Jose, Calif.

Intacct, which provides updates several times a year, runs separate data instances (tenants) from a single instance of Intacct, according to the company. Tenants share basic services and infrastructure, but once inside its individual location, an organization can tailor its instance to suit its needs.

Each company's data and customizations, therefore, remain isolated and secure from the activities of the other tenants, according to Intacct.

Many SaaS-based ERP upgrades aren't touch-free because some reconfiguration or recustomization is needed, Ramakrishnan said.

"Our approach at Intacct is very different," he said. "Our upgrades are touch-free, which means we'll upgrade the solution and … you don't have to do anything at all to continue operating business as usual."

Melissa Lorts, finance director of the Missouri State Teachers Association in Columbia, Mo., and an Intacct user, said the association converted to Intacct from the on-premises version of Microsoft Dynamics GP in around three months.

Lorts explained that before moving to Intacct about four years ago, the association had been on Dynamics GP for approximately 15 years.

"But when we upgraded every other year, we had to hire people to come in and do the upgrade at a cost of $15,000 [each time] … and it never went smoothly," she said. "We always lost a week's worth of work and we would lose a week's time because we had to stop and enter it back in because it was lost."

"Intacct will send out a notice reminding me that the upgrade is coming and [telling me] about the features that are in it," she said. "Then I come in the next day [after it's done] and I say, 'Oh, the upgrade happened last night.'"

However, when a company moves to a move sophisticated system, such as SAP's S/4HANA ERP platform, upgrading can get quite a bit trickier, according to Appleby.

"Because with SAP and ERP being as complex as it is, you fundamentally sometimes will be making changes to the core code base," he said. "The moment you do that, the pipe dream of automatic SaaS upgrade goes out the window and you move to a world that isn't very different from on premises." 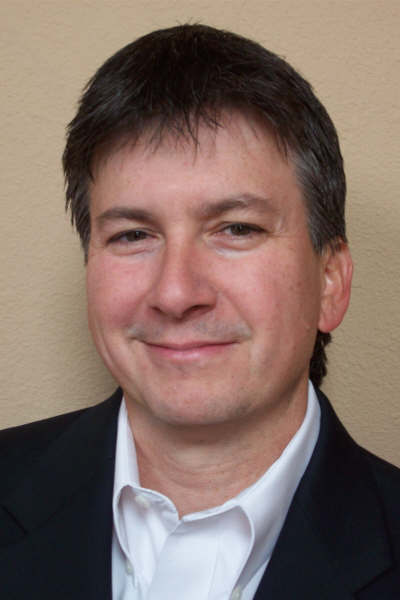 Brettbeaubouef - 7 Aug 2016 1:23 PM
It has been my experience that following are the key considerations for a cloud upgrade: (1) customizations - upgrade impact assessment, (2) new functionality, (3) user testing. I appreciate that business users would like "seamless" upgrades.  However, any Cloud ERP provider will not have access to customer business data.  Therefore, a best practice is that the customer always perform some level of testing with every upgrade.  Otherwise, the customer accepts the upgrade risk.  SaaS = shared responsibilities across multiple parties.
[-]

MRPEasy - 10 Aug 2016 6:31 AM
Very true, Linda. We can add that In 2020 if somebody not in military will use on-premise service, not cloud-based software, other people deem him crazy.